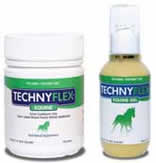 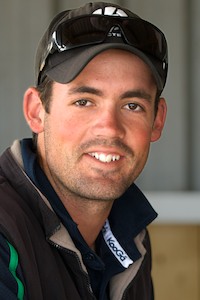 Jonathan was born in Wellsford, New Zealand on 17 November 1983 before moving to Sydney's western suburb of Paramatta in 1986.

Horses didn't feature much in his childhood and after completing his education he undertook an apprenticeship as a bricklayer. In his spare time he played a bit of rugby league football and did indoor rock climbing, but it wasn't until he was 18 that he started 'mucking around' with horses, buying an 18-year-old stock horse for $500.

"Dad taught me how to sit in the saddle," says Jock, "and would take us bush riding down these wild tracks, up and down steep hills. It was good for teaching you to hang on."

Jock went to rodeo school and did one pony club event on a neighbour's horse, although it wasn't a huge success: he was eliminated, twice, when his horse wouldn't jump the first show jump fence, and then he jumped the wrong level fence on cross-country.

The turning point came in December 2003, when at age 20 Jock went to work for eventer Kevin McNab after he'd finished his apprenticeship as a bricklayer. Kevin, who was based near Tamborine in Queensland, had placed a classified advertisement for a working pupil vacancy, although when Jock applied he'd been riding in only a stock saddle and couldn't even rise to the trot.

"I didn't even know who he was, as I knew nothing about eventing," recalls Jock. "When I met him we went into this little shed that he'd converted into a house. He opened the fridge that just had two beers in it, and that was it." 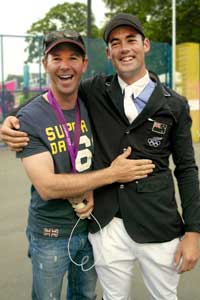 Kevin McNab with Jock Paget after he had won the Team Bronze medal in London"I think he took me on because although I had never jumped a horse, he needed a retaining wall built," laughs Jock. "I did say to him that I was happy to fall off. I was quite old to be starting a new career and I just wanted to get good quickly, so he would chuck me on anything and everything."

"We worked long hours and I rode a lot of horses," explains Jock. "I'd ride from dark to dark and work up to 15 hours a day. I think if you want to get good at something and you try hard enough and do it enough, it's possible."

Under Kevin's tutelage Jock progressed from never having jumped a fence to competing in his first Pre-Novice event in September 2004 and to three-star level eventing in April 2006, less than two years after he started competing.

Jock left Kevin's yard in late 2006 and returned to Sydney to set up a business producing and competing horses.

"But I wasn't well known at all," admits Jock. "In fact, no one knew who I was. I'd ridden just one horse around a bunch of three-star tracks and I think the best I'd done was fourth place. I hadn't really had any exposure and had to lay bricks during the day to make ends meet, which meant riding the horses before and after work."

He also did the occasional catch ride for Kevin. One such competition was at Kooralbyn in July 2007. His clear cross country round in the CIC*** on a horse that had a history for stopping impressed visiting Kiwi competitor and former Olympian Heelan Tompkins, who suggested to Frances Stead that Jock could be a suitable rider for her new Clifton Eventers venture.

"I was driving home after laying bricks all day and thinking to myself, 'bloody hell, I took a risk and rode that horse, surely something has to come out of that!,' explains Jock. "As if on cue, just then my mobile phone rang and it was Frances. We talked for so long that my dinner had gone cold and I was in trouble with the girlfriend."

At the time Jock had little clue of Frances' credentials. "She said she had this amazing horse called Clifton Promise," says Jock. "I thought, 'That's what they all say, it's probably a goat.' Yet he's become the reason behind almost every decision I've made in the past five years."

Agreement was reached for Jock to start with Clifton Eventers in February 2008, but there was a sudden change of plan a few days later after all horse movements were halted on much of the east coast of Australia following an outbreak of equine influenza near Sydney on 24 August 2007. With no ability to ride in Australia, Jock returned to New Zealand earlier than planned on 21 September 2007 and at the age of 23 he became the principal rider for Clifton Eventers at their base near Muriwai.

Clifton Promise had been turned out for 18 months when Jock first rode him. Their first competition was a week later on 29 September in the Open Novice class at Te Rapa One Day Horse Trial, where, after a gentle cross country round, the pair finished 17th.

Their second start was at Intermediate level at Flaxmere and the following weekend they won their second Intermediate start at Arran Station. In late November the pair were second in the two-star National One Day Championships at Tauherenikau and just a few weeks later in December they won the two-star Richfields International Three Day Event, which was soon followed by an Advanced win.

After competing in his first major international competition in April 2010, the Rolex Kentucky CCI****, Jock began to spend an increasing amount of time based in the UK and in February 2011 moved to be based at Dunsfold in Surrey with the best of the Clifton horses.

Jock achieved success with a variety of Clifton horses in New Zealand, but his star performer was undoubtedly Clifton Promise. Together, their main achievements there were:

Highlights of Jock's UK-based career include:

After arriving in the UK Jock continued to achieve success with a variety of Clifton horses, including Clifton Promise. To date, their main achievements have been:

British Eventing Life, the official magazine from British Eventing, has published a cover story on Jock, The talk of the town in their July/August issue. No great new revelations, but always good to get the recognition and there are some fabulous photographs.

Martha Terry of Horse & Hound magazine did a fabulous interview with Jock entitled Every little thing matters, which appeared in their 23 May issue immediately after he won Badminton.

For more information on the remarkable story of how Jock got into eventing and then came to work with Clifton Eventers, read Summer Phillips' interview A beer with Jock.

Chris Stafford of the Eventing Radio Show did an excellent interview with Jock in July 2011. The interview starts just under half way through. Note that the interview was recorded before the decision was made not to sell Clifton Promise.

And the wonderful Samantha Clark of the Eventing Radio Show interviewed Jock and Frances immediately after their 2013 Badminton win.

There's also an excellent profile about Jock in his early years, From zero to hero, printed in the May 2010 issue of New Zealand Horse & Pony Magazine.

Television New Zealand (TVNZ) did a profile on Jock in January 2012, From building walls to jumping them (4:41).

You can also see his current FEI HSBC ranking.

Lastly, Jock is one of the contributors to the 2013 Land Rover Burghley Horse Trials blog.

If you want to contact Jock, please use this form. Unfortunately, he is unable to provide signed photographs for autograph collectors. However, you can download this signed photograph of him with Clifton Promise and the Mitsubishi Motors Badminton Horse Trials Trophy.

Print this page (we recommend you use the Firefox browser for best results).